Small nuclear ribonucleoproteins (snRNPs) play a fundamental role in pre-mRNA processing in the nucleus. The biogenesis of snRNPs involves a sequence of events that occurs in both the nucleus and cytoplasm. Despite the wealth of biochemical information about the cytoplasmic assembly of snRNPs, little is known about the spatial organization of snRNPs in the cytoplasm. In the cytoplasm of larch microsporocytes, a cyclic appearance of bodies containing small nuclear RNA (snRNA) and Sm proteins was observed during anther meiosis (Smolinski et al. 2011). We observed a correlation between the occurrence of cytoplasmic snRNP bodies, the levels of Sm proteins, and the dynamic formation of Cajal bodies. Larch microsporocytes were used for these studies. This model is characterized by natural fluctuations in the level of RNA metabolism, in which periods of high transcriptional activity are separated from periods of low transcriptional activity (Smolinski et al. 2007; Kolowerzo-Lubnau et al. 2015). We found the differences between the nuclear and cytoplasmic phases of snRNP maturation and generated a hypothesis about the direct participation of Sm proteins in a molecular switch triggering the formation of Cajal bodies (hypothetical model- video1). Nevertheless, sparse research indicates that, similar to the nuclear steps, the crucial processes of cytoplasmic snRNP assembly may also be strictly spatially regulated. In the further studies we found that the cytoplasmic assembly of snRNPs might occur in two distinct spatial manners, which depend on the rate of de novo snRNP formation in relation to the steady state of these particles within the nucleus (Hyjek et al. 2015). During periods of moderate expression of splicing elements, the cytoplasmic assembly of snRNPs occurred diffusely throughout the cytoplasm. Increased expression of both Sm proteins and U snRNA triggered the accumulation of these particles within distinct, non-membranous RNP-rich granules, which are referred to as snRNP-rich cytoplasmic bodies (CsBs). 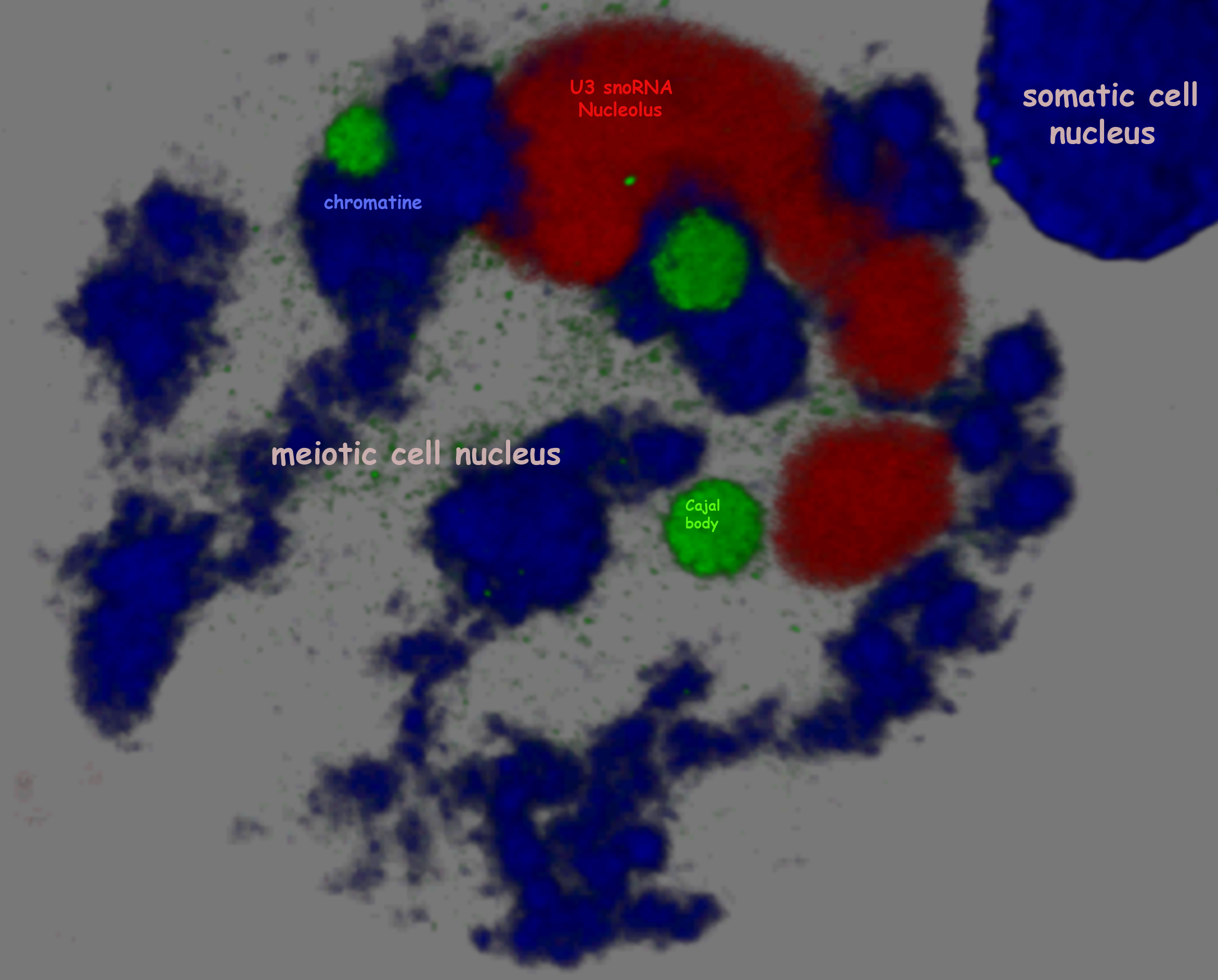