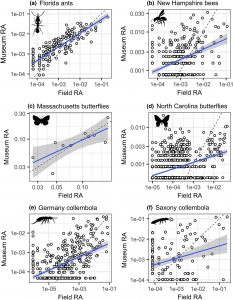 Museum collections of plants and critters—small mammals, fish, insects and amphibians—are a good reflection of most species’ relative abundance in the wild, finds a surprising new study by University of Vermont researchers and international scientists, who analyzed 1.4 million field observations and 73,000 museum records of over 22,00 species.

The new method developed by the team will enable scientists to use museum records to identify species that are declining over time and may need extra protection to prevent them from going extinct. It will also allow conservation biologists to study how the commonness and rarity of each species changes through time or from disturbances such as urbanization and climate change.

Published in Methods in Ecology and Evolution journal, the findings can help to address some challenges with traditional conservation approaches. The first step in protecting species is determining if they are rare or common—and if their populations are declining—but the problem is that large-scale field surveys are time-consuming and expensive.

Traditional conservation approaches also often target a charismatic species or measures of overall species diversity—and field surveys also only give a snapshot of current species abundance, not in the past. In contrast, museum collections can contain thousands of accumulated specimen records from different collectors across the globe that span many decades or even centuries of collecting. These collections are rarely standardized, and it was uncertain before the study whether the number of museum records of a species is a good reflection of its abundance in nature through time.

The possibilities for this avenue of research will also be enhanced by the millions of museum specimens currently being digitized and made available on-line. As the pace of environmental change accelerates, the analysis of museum records will provide unique insights into how natural communities are changing in response.

The scientists were surprised by how consistent the relationship was across different plant and animal groups because the collection methods, time frames, and spatial extents of each data set were different. This is the first time this relationship has been described—and suggests exciting new research possibilities.

“We can use this relationship to predict the relative abundance of species in the wild when field collections are not available or even possible,” says lead author Nicholas Gotelli of the University of Vermont (UVM). “It also means that we can estimate the relative abundance of species from earlier decades, even for species that are currently very rare or possibly extinct.”

The work began in 2019, when ant experts Douglas Booher (Yale University), Andy Suarez (University of Illinois), and Corrie Moreau (Cornell University) approached UVM’s Gotelli for a collaboration to analyze over 18,000 museum records of Florida ants from the past 60 years.

Gotelli recalls: “The Florida ant dataset offered an amazing window into the past and suggested that non-native species have gradually become ecological dominants over of a span of many decades. But I was concerned that a reviewer could knee-cap the entire analysis by simply questioning whether museum specimen records are related to species’ abundance in the field.”

To answer this question, Booher created a subset of the museum data that could be calibrated to field collections from the same time and locations. For these data, there was a strong correlation between the relative abundance of each species in the field and the museum collections. “We immediately wondered whether this was something special for Florida ants or a more general pattern for plants and animals from other locations,” said Gotelli, a professor of biology in UVM’s College of Arts and Sciences and Gund Institute for Environment.

The research team began contacting museum specialists from around the world to provide more calibration datasets. They repeated their analyses with curated museum and survey data from 17 different plant and animal datasets from all over the world including New Hampshire bees, North Carolina butterflies, Caribbean fish, Nevada small mammals, Connecticut amphibians, German soil invertebrates, and Massachusetts wildflowers and trees at Walden Pond. Although not all the data sets showed as strong of a relationship as they had found in the Florida ants, the results were basically the same: for each dataset, species that were rare in the wild were uncommon in museum collections, and species that were common in the wild were abundant in museum collections.

“This is really exciting” says co-author Corrie Moreau of Cornell University. “This is another example of the scientific importance of museum collections. I bet the people collecting these specimens decades or centuries ago had no idea all the ways they would be used.” University of Illinois co-author Andy Suarez added: “Our study shows that despite all the random ways people collected in the past, the vast collections in natural history museums have the power to address important questions that in many cases cannot be addressed in any other way.”

Booher of Yale University describes one important qualification: “We also found that, in all of these data sets, species that are rare in the wild are consistently over-represented in museum records, whereas common species are under-represented in museum records.” This “Easter egg syndrome” reflects the natural tendency of collectors to favor rare and unusual specimens to preserve in museums and to pass over individuals of very common species that are frequently encountered.

From India to NCU 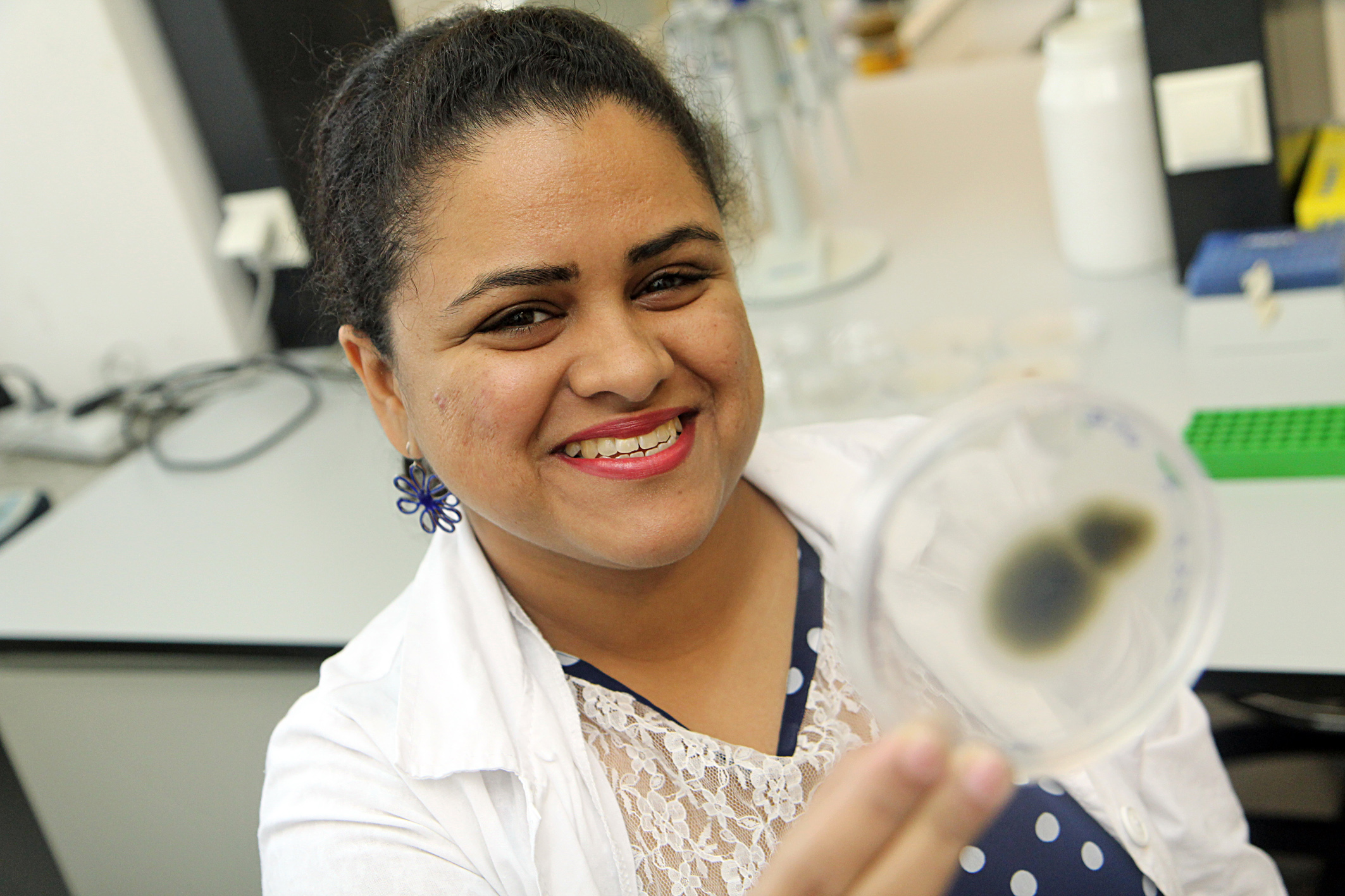 Ursula Bliss Furtado, a Marie Curie-Curie Innovative Training grantee,  performs research at the Faculty of Biology and Environmental Protection at UMK. She has been part of the European Marie Curie-Curie Innovative Training Network project Horizon 2020. The project “Boosting Plant Endophyte Stability, Compatibility and Performance across Scales” (BestPass) is under the direction of Dr hab. Katarzyna Hrynkiewicz, prof. NCU.

The project is attended by partners from seven countries who have extensive experience in this topic. The project aims at understanding the basic mechanisms that govern positive plant endophyte interactions, maintaining the stability of plant-microorganisms systems in natural conditions.

Ursula Bliss-Furtado is a Ph.D. student at the Department of Microbiology at the Faculty of Biology and Environmental Protection. During her studies she published a paper on the effect of carbendazim on soil microorganisms within the project “In silico designing of double-stranded mRNA for CaMV capsid for implementing RNAi technology”. During 2013-2016 she was involved in molecular and proteomic research on metal-resistant bacteria, carried out by the “Biological Oceanography Division at the Council of Scientific and Industrial Research-National Institute of Oceanography” (CSIR-NIO) Goa, India.

The Faculty’s presence in the international media: